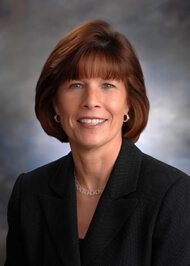 Judy Pope is a seasoned attorney with more than 30 years of experience litigating personal injury and workers’ compensation claims. She has represented hundreds of clients who have suffered serious injuries and families who have lost loved ones. Ms. Pope is one of the owners and managing partners of Dickson & Pope, P.A. and also serves as “of counsel” to Ralston, Pope & Diehl. In addition, Ms. Pope is also General Counsel for the Kansas Chiropractic Association.